There are lots of reasons why you might need to borrow money. Here are the best ways to do it so you don’t spend over the odds on interest and charges. 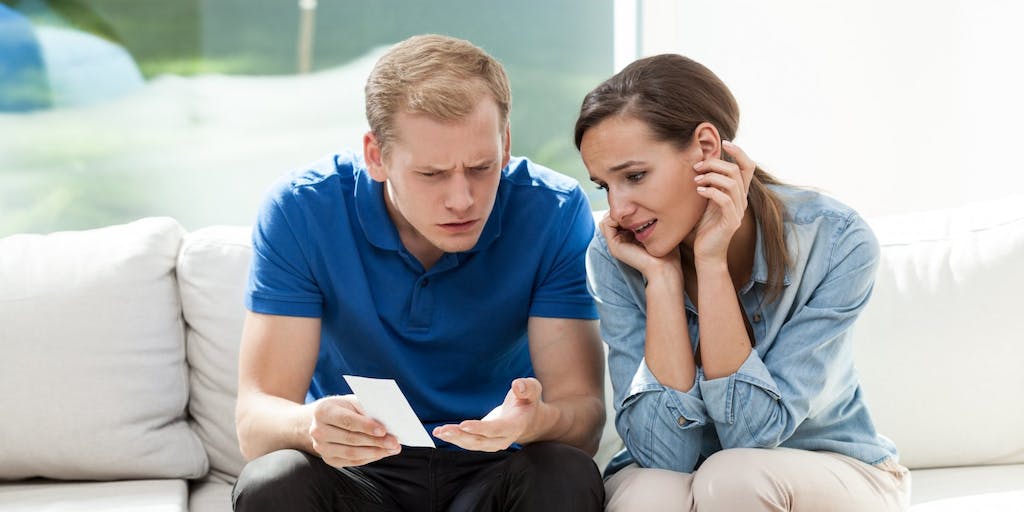 Most of us find ourselves having to borrow money at some point. It could be to buy a house or car, make day-to-day purchases or pay for unexpected expenses. The cheapest way to borrow will depend on what you need it for, how much money you need and how much time you’ll be able to pay it back in.

As long as you do it smartly, borrowing money can make achieving your goals financially possible. However, fail to do your homework and it could end up being more of a burden than you bargained for.

Whatever you need the money for and whatever your financial circumstances, it makes sense to research your options and make an informed decision about the best one available to you.

The first step is to decide exactly how much you need to borrow. Can you put some of your savings towards whatever you need the money for or do you need to hang onto them? You should make sure you have savings to cover at least three months of living expenses in case of emergencies – you lose your job for example.

Also, think about how quickly you could pay it back. The shorter the period you borrow the money for the less it will cost you in interest. This can be the case even if the interest rate is higher.

An APR illustrates how much your credit card, loan or other form of credit will cost per year.

The APR figure will take into account all fees and charges over the year, so it’s a good guide to exactly how much your loan, credit card or other form of borrowing will cost and makes it easy to compare the cost of credit from different providers.

It’s not as useful when comparing mortgages as the APRC (annual percentage rate of charge, which is the rate used for mortgages and secured loans) assumes you’ll have the mortgage for the whole term, which could be 25 years.

In reality, most people switch to a new deal once their initial deal ends to avoid paying the lender’s usually higher standard rate. For this reason it’s best to compare the total cost over the deal period to find the cheapest option.

What is a representative APR?

While an APR advertised on a form of credit gives you a good idea of how much the borrowing will cost, this doesn’t necessarily give you the full picture as lenders have to show a ‘representative’ APR.

This is the rate or lower that at least 51% of customers will get – the rest will be offered a higher rate. This means that the APR you’ll get if you apply for the credit may not be the same as the rate advertised – it will depend on your circumstances.

The APR you’ll be offered is dependent on a number of factors that give the lender a picture of how risky you are as a borrower. This is known as risk-based pricing.

If your lender perceives you to be a high-risk borrower it’s likely that you will be offered a higher APR (or even refused credit altogether) and if you’re lower risk you’ll get the representative APR or lower.

How do you find the cheapest option?

When comparing your options it is a good idea to look at the total you will have to pay out once interest and charges are factored in.

Here are some of the most common reasons for needing to borrow money and the cheapest ways to go about doing it so you don’t end up paying through the nose.

If you pay a credit card off in full each month you won’t pay interest on your borrowing or you can take out a 0% on purchases card, which doesn’t charge you interest for an introductory period. The longest on offer is currently 23 months.

The lowest representative APR for borrowing on a credit card without a 0% on purchases deal is 9.9%.

Many banks charge a standard rate of 39.9% EAR (effective annual interest rate) on their authorised overdrafts – interest is usually charged daily – so this is best for short-term borrowing but some accounts charge no interest on small amounts or for an introductory period.

The advantage of an overdraft is that it can be arranged quickly on your existing bank account and you can use it as and when you need it. You can also repay some or all of it whenever you like with no penalties, meaning you might end up in debt - and being charged interest - for less time.

Read more about how to borrow a small amount.

If you have a poor credit history, you may still be able to get a personal loan although you’ll be offered a higher interest rate than if you were borrowing with good credit.

Representative APRs on bad credit loans to borrow £5,000 over three years start at 27.8%. This compares to just 3.4% for getting a loan if you have a good credit rating.

You’ll pay less if you take out a secured loan for bad credit, where you provide an asset, such as your home, that the lender can sell to get its money back if you can’t repay the loan.

Read more about how to borrow money with bad credit.

Borrowing to buy a house

If you want to buy a home you’ll need a mortgage. This is a loan secured on the property you buy that you pay off monthly, usually over 25 years when you first take one out.

Lenders offer an initial rate that is discounted from their standard rate. This could be fixed or variable. Most deals are for two to five years.

Once this initial deal comes to an end, it’s best to switch to a new deal so you don’t end up paying the lender’s higher standard rate.

Unless you take out a guarantor mortgage, the most you can borrow is 95% of the property’s value, known as the loan-to-value. This means you’ll need to pay a cash deposit of at least £10,000 if you are buying a £200,000 property. The bigger the deposit you can put down the lower the interest rate you’ll usually pay though.

You can save thousands of pounds by choosing the cheapest deal.

By looking at the total cost over the deal period when comparing mortgages you will factor in the cost of product fees too. You could end up paying less on a deal with a higher interest rate if there are no or low fees.

Read more about how to borrow money to buy a house.

If you need to borrow a small amount to tide you over until payday but you have a poor credit rating so can’t get a personal loan, credit card or overdraft it can be tempting to take out a payday loan. These traditionally allowed you to borrow a sum of money quickly for a little as a week or month, although now cover longer periods.

You should avoid taking out a payday loan if possible, however, as they are very expensive, with APRs often in triple digits, and they can trap you into a cycle of debt.

Read more about why you should avoid payday loans.