House prices rose again in March, by 1.1% monthly and 6.5% annually according to Halifax, thanks to the extension of the stamp duty holiday and the continued recovery of the economy as the coronavirus pandemic pushed up demand for new homes.
Share this guide 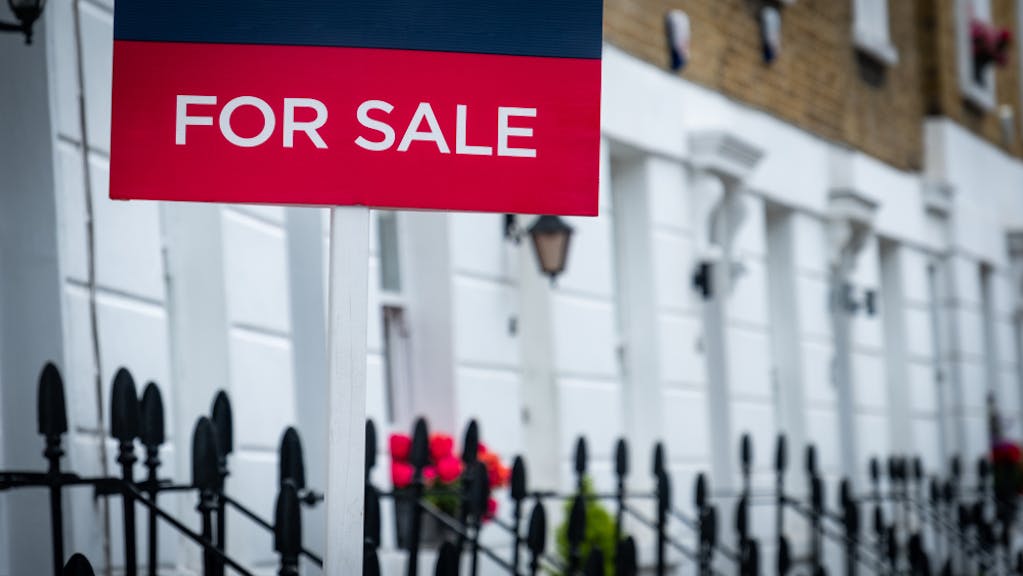 The average cost of a new property rose 1.1% to £254,606 in March, the highest price seen since Halifax started its house price index in January 1983.

Prices have also gone up quarterly, by 0.3%, when compared to October, November, and December.

It’s the first monthly rise in price since November and it’s now £15,430 more expensive to buy a new property than it was this time last year.

Experts are now predicting growth to continue, at least until the end of the summer, following a very small monthly slow down over the past five months.

Separate data from HM Revenue & Customs (HMRC) showed that property transactions in February rose by 23% to 147,050, the highest monthly level seen since March 2007. They were also up over the quarter, by 23.3% from December to February when compared to the previous three months.

Why are house prices rising so much?

The main reason for the price rise is the introduction of a range of measures by the government that have made it easier to buy a new home.

These include the extension of the stamp duty holiday and the introduction of a government-backed 95% mortgage scheme to help potential home buyers.

The stamp duty holiday was first introduced in July 2020 by the Chancellor Rishi Sunak to give the housing market a boost following its shutdown at the first nationwide coronavirus lockdown in March.

It was due to end at the end of April, but in his latest Budget Mr Sunak confirmed it would be extended until the end of June. In July it will be reduced to £250,000 and from October it will return to its normal rate of £125,000.

Other reasons for house price growth

Support for those at risk of losing their jobs, such as the extension of the furlough scheme, and also the better-than-expected growth of the economy and the successful coronavirus vaccine rollout have also contributed to increased buyer confidence and rising house prices.

In the past year millions of workers have spent the majority of time at home and this has been another reason for the rise in house prices. The future of office work is still not confirmed and therefore many people are now looking for larger homes out of city centres, and properties with more outdoor space and room for an at-home office.

For those workers who have kept their jobs during the pandemic, and who haven’t been spending as they usually would, the Bank of England predicts that around £100bn has been saved, fuelling the housing market further.

Lucy Pendleton, property expert at independent estate agents James Pendleton, said: “All current indications are that rampant house price growth just took a breather before the Budget. Even when we reach the autumn, prices may not cool as quickly as feared.

“With good weather and the prime moving season still to come this year, we probably haven’t seen the top of this market. A cooling off in the annual rate of growth is inevitable eventually but that’s not likely to happen in any significant way until 2022.

“That’s over the horizon and far away for most buyers, who are either still desperate to get on the property ladder or yearning for more space.”

What is likely to happen next?

Demand for new houses is the reason for prices rising. Halifax says this trend is likely to continue for the next few months, although it is cautiously optimistic, with warnings over what might happen when the government-backed schemes come to an end and the full economic consequences of the pandemic are felt.

Halifax managing director Russell Galley said: “Overall we expect elevated levels of activity to be maintained in the coming months, with consumer confidence spurred on by the successful vaccine rollout, and buyer demand still fuelled by a desire for larger properties and more outdoor space, as work-life priorities have shifted during the pandemic.

“A shortage of homes for sale will also support prices in the short term, as lower availability always favours sellers.

“However, with the economy yet to feel the full effect of its biggest recession in more than 300 years, we remain cautious about the longer-term outlook. Given current levels of uncertainty and the potential for higher unemployment, we still expect house price growth to slow somewhat by the end of this year.”

What does other house price data show?

There are a number of different organisations which produce regular housing indexes.

Halifax and Nationwide both use their own mortgage data to produce a monthly report, the Land Registry reports on completed housing transactions every three months, and Zoopla and Rightmove use the asking prices of homes coming onto the market for their monthly data sets.

The latest data from Nationwide, released at the start of April, differs from Halifax’s housing index for the same month. It put the average UK house price at £232,134, a 5.7% annual rise but a 0.2% decline from February.

Rightmove’s data for March showed a monthly rise of 0.8%, or £2,484, for property prices coming onto the market.

Zoopla’s latest data showed that prices increased by 0.5% between December and February, resulting in annual growth of 4.1%. While this is down from a yearly rise of 4.4% in January, it’s the first time growth has been above 4% for four consecutive months since 2017.

While the Land Registry, which is arguably the most accurate set of data available, put the average house price at £249,309 in January, a fall of 0.4% from December but a rise of 7.5% annually.