From forgetting pension logins to opting out of pension schemes all together, funding the future isn’t always front of mind for many. But how much are our lax attitudes costing us?
Share this guide 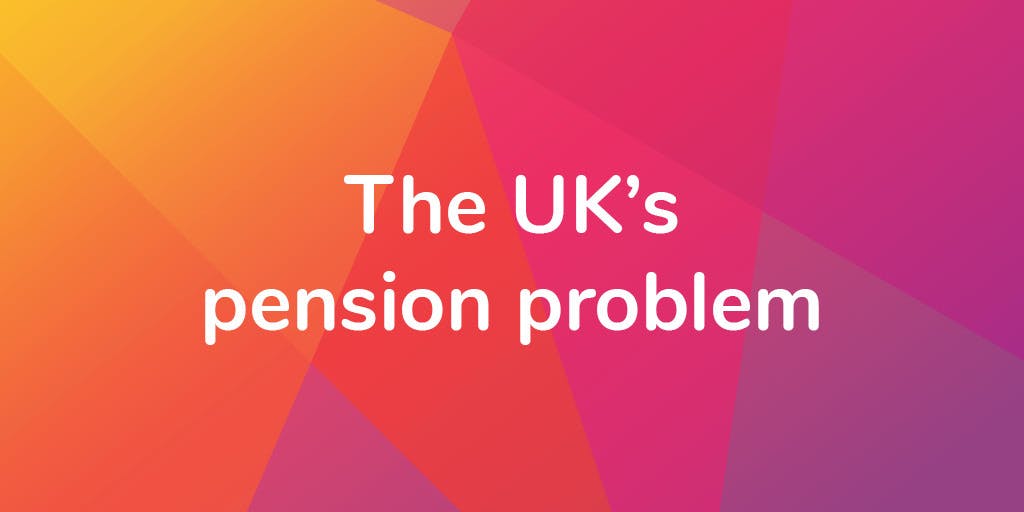 It’s no secret that pensions are a crucial part of planning for the future. But latest data shows Brits are woefully underprepared for life after retirement.

Our personal finance experts have analysed the nation’s understanding of pensions, to reveal just how little we know about our future retirement funds.

Compare our best private pension deals, and you could find a plan to help your money go further when you retire.

How much do we really know about pensions?

There are several different types of pension – not all of which apply to everyone – but anyone living in the UK with at least 10 qualifying years on their National Insurance record is entitled to a state pension. The current weekly state pension payment an individual can expect to receive upon retirement is £179.60.

However, when it comes to the UK’s awareness of the state pension, more than nine in 10 people (92%) are unaware of what weekly amount they are entitled to upon retirement. Within that, a further 13% believed they wouldn't be entitled to any state pension at all.

Opting out of pensions

Beyond the state pension, other types of pensions are available, but require additional payments to be made by an individual or their employer. These private pension schemes include a workplace or personal pension. These both help top up the amount of money offered by the government, meaning an individual will have more to live off in the future.

However, the latest figures show workplace and personal pensions may be low on the agenda for many. The current workplace pension scheme automatically opts workers into the scheme, but a quarter (25%) of the UK chose to opt out of either a workplace or private pension altogether.

For the other three-quarters of Brits (75%) that are currently putting money into a pension pot, there are a variety of pension types that they are using. These include:

Data suggests there is a relatively even split in the types of pension the nation is utilising, however the most popular type is a workplace pension with a defined contribution, which almost two-fifths (37%) of people in the UK are currently using. 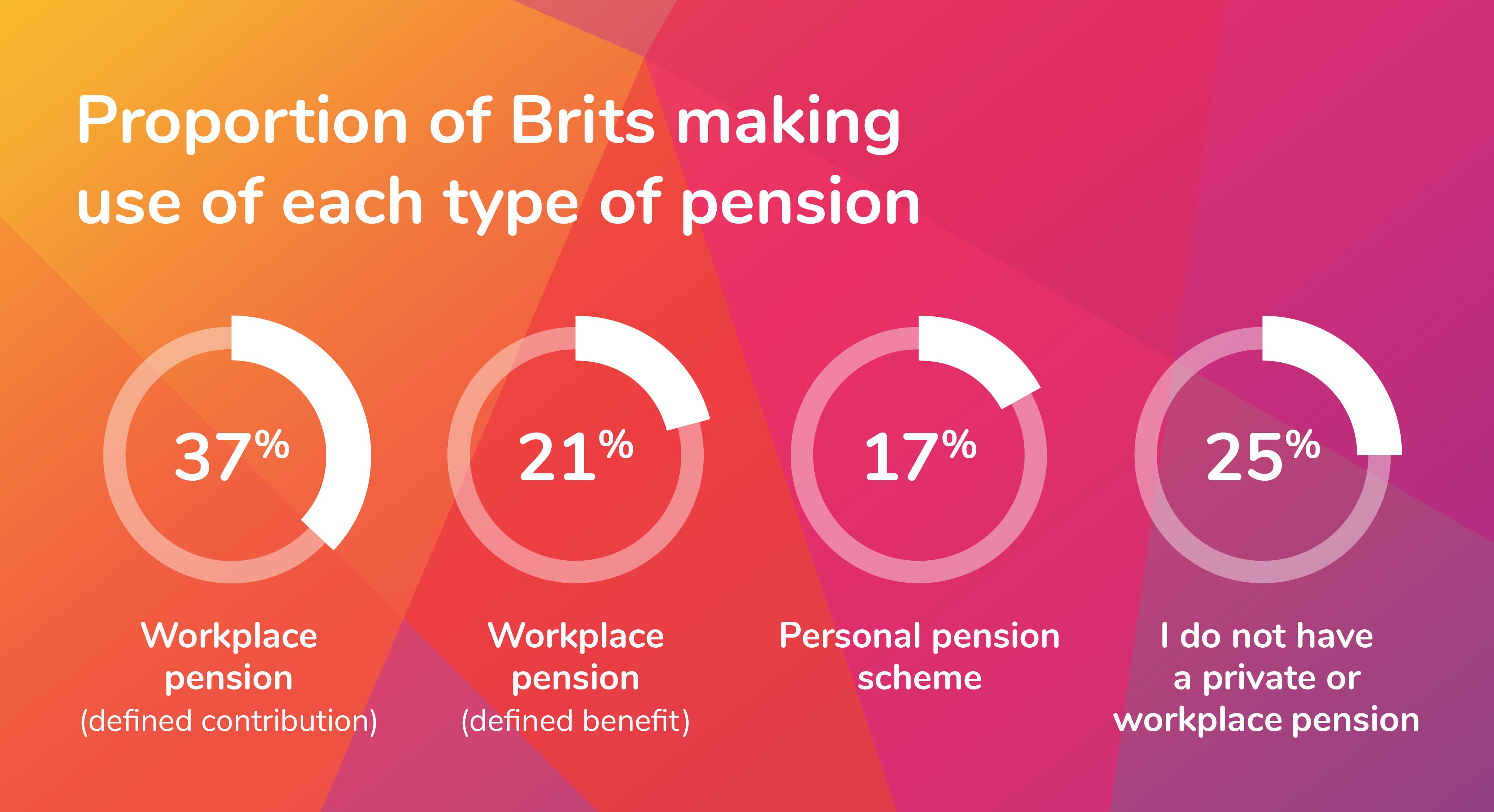 The amount paid into a pension pot is pre-agreed by an employee and employer. A proportion of an employee’s monthly salary will go into their pension fund, and this amount will be topped up with a pre-agreed amount from the employer.

On average, British workers pay 7% of their monthly income into their pension, which is slightly higher than the default rate of 5% for workplace pension schemes – indicating a higher focus on planning for the future. Inversely, the average amount an employer pays into their employee’s pension scheme is 7%.

Pension offerings can be a big pull for many when selecting a career. Some industries carry reputations for offering attractive pension schemes – for example, careers in teaching and the police.

Data shows how considerable the pull of a pension can be, revealing that over one in five (21%) Brits admitted the pension offering was predominantly or partially the reason they chose their most recent role.

And, it appears that certain industries’ pension potential has a larger impact than others. Those working in a creative role were most likely to acknowledge this reason, with 41% of people working within the field having selected their job predominantly or partially due to the pension offering. 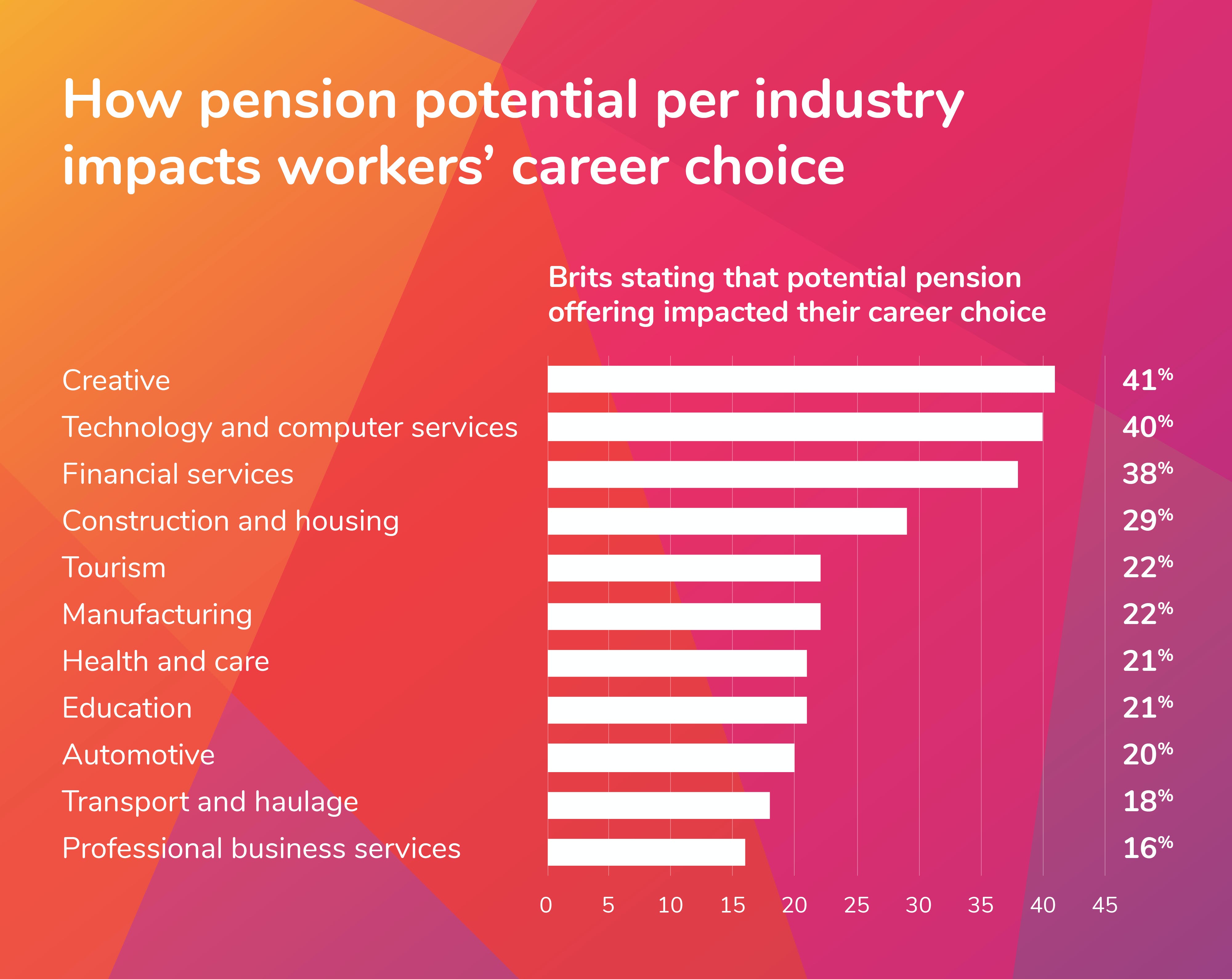 Planning for the future

The most popular method by far to generate an increased income for the future is putting money into a savings account – something almost two-fifths (38%) of people are currently making use of. However other common methods also include:

With pensions all about planning for the future, many Brits also find other ways to make additional money outside of their main career to have a more comfortable retirement. 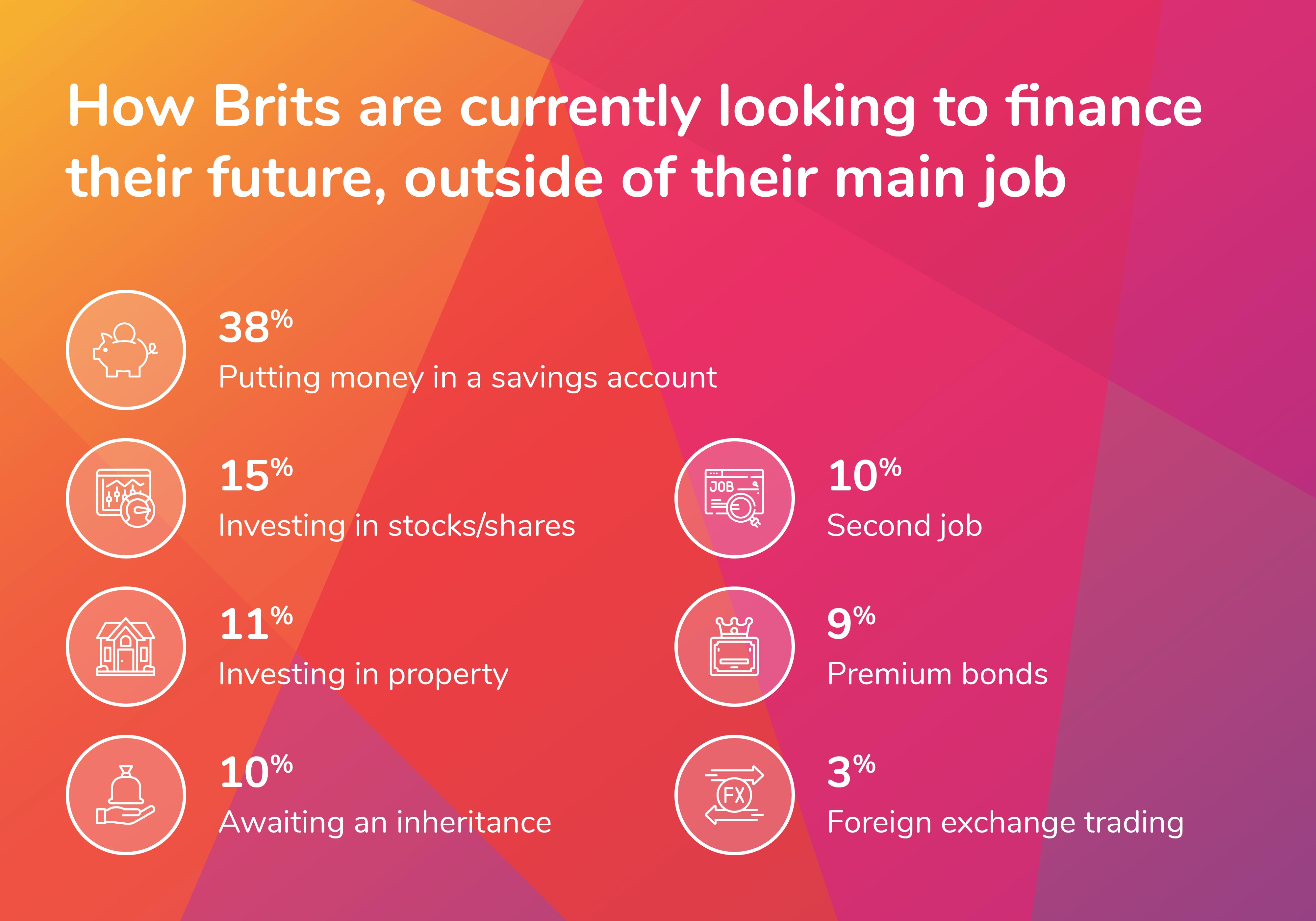 Getting up to speed on pensions

The analysis shows that despite pensions playing a key role in people’s future, there is often a knowledge gap when it comes to Brits’ understanding of them. To make sure you’re getting the most out of your pension it’s important to know what your options are, how they work and how they can be effectively managed.

For a helpful breakdown of what’s on offer, visit our guide on what pensions are. And, if you’re not interested in a private pension scheme, you can read our guide on how the state pension works instead.

You can help ensure you have the retirement you want by finding the best personal pension plan to make your money work as hard as it can.

The consumer research was conducted by Censuswide and data was collected between 28th and 30th September 2021.

The sample consisted of 2,013 respondents, who were currently not in retirement.